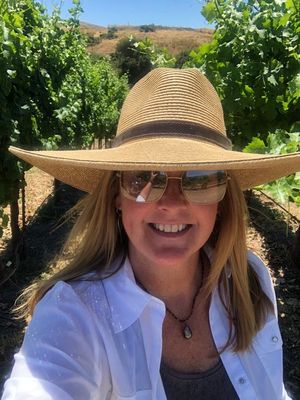 As the force behind Smith Story Wine Cellars, Alison Smith Story puts a heap of stock in the power of community. After a decade of running her Austin, Texas based boutique sales and marketing firm for wineries and importers she was convinced there was room for a new winery doing things old school by frankly telling their true story and making incredibly delicious wine. Kickstarted.. with husband Eric in 2014, Smith Story is the first winery to be fully crowdfunded. “I’m still humbled that so many people believed in us well before we made a single drop of wine,” she says. It seems to have paid off for all involved: the venture has rocketed to success with a strong fan base.

Smith Story Wine Cellars has been named “Where the Cool Kids Go” by Sonoma Magazine and featured by Wine Business Monthly as "The All American Wine Story". The network of comrades and “found family” these efforts have woven has been a strong one indeed. For her work, Alison has been named one of Sonoma Magazine‘s “5 Inspiring Wine Women” and in 2022 "Wines Most Inspiring People" by Wine Business Network.

Ali has most recently spoken as a leader of women in wine... at the Fortune Magazine Most Powerful Women’s Conference, Unified Wine Symposium “Outsourcing Success” and the Wonder Women of Wine in Austin, Texas. You may often catch Ali sipping on single origin speciality coffee, meeting up with fellow goldendoodle owners, day dreaming of gardening on a sunny day when she’s not behind her computer, tasting room(s) or zipping around in the Alitaxi.

Current Favorite Quote: "The Biggest risk in life is NOT risking" Sara Blakley, Founder of Spanx. 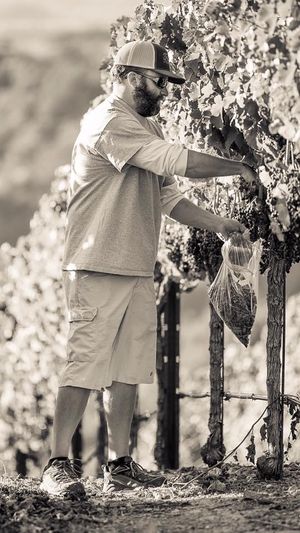 The rock of Smith Story Wine Cellars from the very start. A Redwood City, California native, Eric joined K&L Wine Merchants in 2000 and continued as a wine buyer for K&L Wine Merchants until December of 2016 while working on his days off and nights for Smith Story. After joining colleagues in the early 2000s to plant the now "Nash Mill Vineyard" in the deep-end of the Anderson Valley he realized he needed to learn more about winemaking. This ah-ha moment led him to harvest positions with a dear winemaker friend in Germany. The same winery who helps us produce our German riesling and rosé that we imported under Eric Story Selections.

Eric's attention to detail both in the cellar and of the vines has paid off with top-scoring wines with each vintage. Eric's in-depth and expert wine knowledge of the Loire Valley, Germany, Austria, Alsace, Greece and The Republic of Georgia lend a strong influence in his winemaking style. "California is a geological wonderland in terms of terroir, climates and altitudes, I believe we are working in the right places where we are farming sustainably, picking correctly and handling the grapes with TLC, I just let the wine make itself".

Eric divides his time between the winery in Sonoma and managing vineyard blocks throughout Anderson Valley & Sonoma County. When taking time off, you can catch Eric watching the SF Giants and Golden State Warriors, plotting his next home cooked meal and spending time as "The Fun Parent" with Lord Sandwich.

Current Likes: a new pair of boots, a happy Ali & "new tires for my truck". 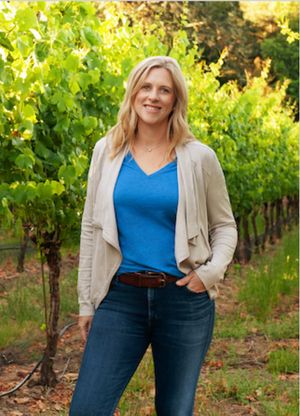 Katy joined the Smith Story Wine Cellars team in 2014 providing wicked keen leadership both in the cellar and the vineyards. From growing up on a small walnut orchard to becoming a well renowned winemaker Katy is the epitome of Smith Story's entrepreneurial spirit. From the beginning, Katy's upbringing molded her for a career in wine. She learned how to drive a tractor on her family's walnut orchard well before learning how to drive a car!

Katy realized that her calling was a career in wine after her professor mentioned winemaking as a career path during an Agriculture Business 101 class while attending Cal Poly. Discovering an industry that combined agriculture, chemistry, and creativity highly appealed to her. She then graduated from Cal Poly in 2005, double majoring in Wine & Viticulture and in Agricultural Business. After many years working for Craggy Range in New Zealand and California's Flowers, Testarossa, Phelps, Kamen, at age 26 she made her dream a reality by releasing Pinot Noir under her own label, LaRue Wines. She created her business plan, knowing she wanted to create a small winery that made only 500 cases for each vintage.

In 2014, she decided that it was time to leave her job at Kamen and focus solely on LaRue and consulting. It was also the same year that she joined Smith Story Wine Cellars as a consulting winemaker. She continues to make wine for other wineries along with Smith Story and LaRue.

"In an industry that is predominantly made up of men, Katy has helped pave the way for future women winemakers just by being a present force. She has set the precedent and is an example of the pure energy, drive, and willingness to learn what it takes to become a female winemaker in today’s society." 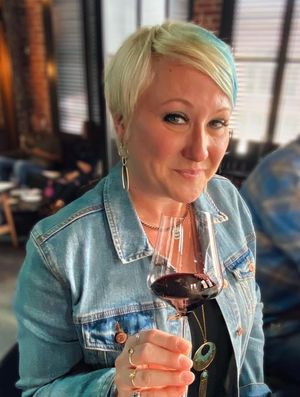 Dusty is a native New Orleanean and has always had a strong passion for wine.  She made her way to New York for several years pursuing music but also cultivating a career in business operations management with a NY based law firm.  Dusty was able to travel the world during that time which gave her opportunity to experience wine around the world.

Lucky us, Dusty moved to the west coast where she began a formal career in wine, managing tasting rooms, expanding her knowledge and leadership in hospitality and making her way through Napa Valley eventually ending up in Sonoma County. “I was lucky to have some doors open for me in this industry and to have been mentored by some incredible women who helped me forward in my wine career that was started a little later in life.”

Through mutual colleagues, Dusty was able to connect with Ali and Eric Story and as they say the rest was history.  “It was a cool connection, and we all knew we could do great things together. I am delighted to walk in these doors at Smith Story every day knowing I am a part of something truly special and inspiring.” Dusty is also currently working on achieving her level 3 WSET while hosting tastings and helping us grow into our new space in Healdsburg, California.

Dusty has also “best friended” our beloved goldendoodle Lord Sandwich. He often enjoys hanging in the tasting room with her as she is always quick to grab him a treat!